4.13 – LoTJ plus mapper, command line, and color improvements — IT

We’re back from summer, freshly recharged, so here is a new Mudlet update! In this version you’ll find a new game with a Mudlet UI, plus improvements to the mapper, command lines, and colour rendering.

Legends of the Jedi is a text-based roleplaying experience that immerses players in a multiplayer world where they can rewrite classic Star Wars stories with their own heroes, villains, battles, and endings. Over the course of each two-year timeline, the game explores all the key eras of the Star Wars Expanded Universe.

Take and hold planets as an Imperial Stormtrooper, command the Rebel navy and liberate the galaxy, pursue targets as a bounty hunter, or shape things on a larger scale as a member of the Galactic Senate. Maybe you’ll even be one of the few born with force sensitivity, destined to be trained by Jedi or Sith.

The game offers an extensive crafting system for engineers to supply weapons, armor, and ships to the galaxy. Develop new, cutting-edge armaments to give your side an edge, or open a shop in a bustling commercial district and become wealthy as part of a powerful engineering conglomerate.

LOTJ offers full PVP in both ground and space combat, governed by a set of rules to minimize griefing and ensure that all kills have sufficient in-character cause.

What role will you play? The legend awaits! 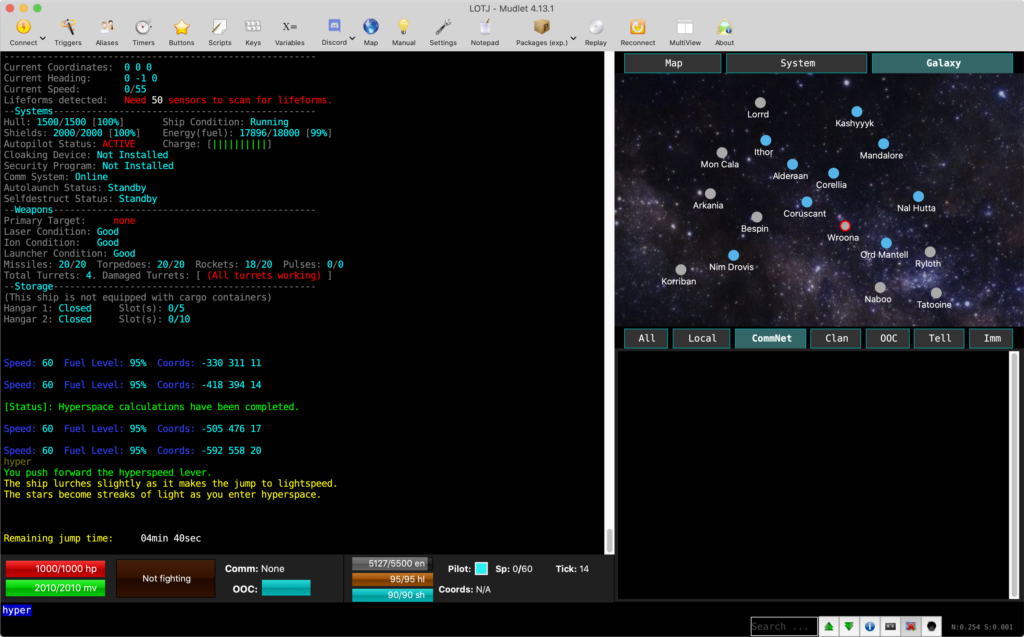 ktunkiewicz took a stab at improving the mapper once again – and fixed the map scrolling to work like you’d expect it to, regardless of the zoom level:

Now it feels like it should on any map app :)

SlySven and chrio worked on improving the command line – it’ll now no longer ‘jump’ a little bit the first time you use it, and line wrapping. There’s new commands to visually select text in the command line, too!

Mudlet’s rendering xterm256 colours will now look similar to other MUD clients thanks to Kilbukas: 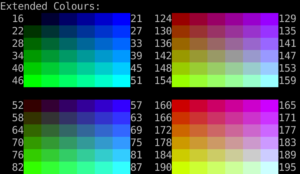 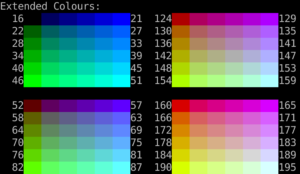 If you’ve thought colours looked a bit better, this would have been why!

Speaking of colours, MrZaus added an option to customise the profile colour on the connection screen!

The createMapLabel function now allows you to choose the font, text, and background transparency for map labels – giving you more flexibility in creating nice-looking Mudlet maps.

Map labels can go above and below rooms

While you previously could have made specific text in the window clickable, you couldn’t add to the general right-click menu that showed up. Say, for example, you wanted to select some text, right-click, and do something with the selection? Well, now you can thanks to addMouseEvent, getMouseEvents and removeMouseEvent by Kilbukas.

This joins existing functionality where you can add custom right-click menu actions to the mapper already.

Check out the changelog below, quite a few goodies for scripters in here: 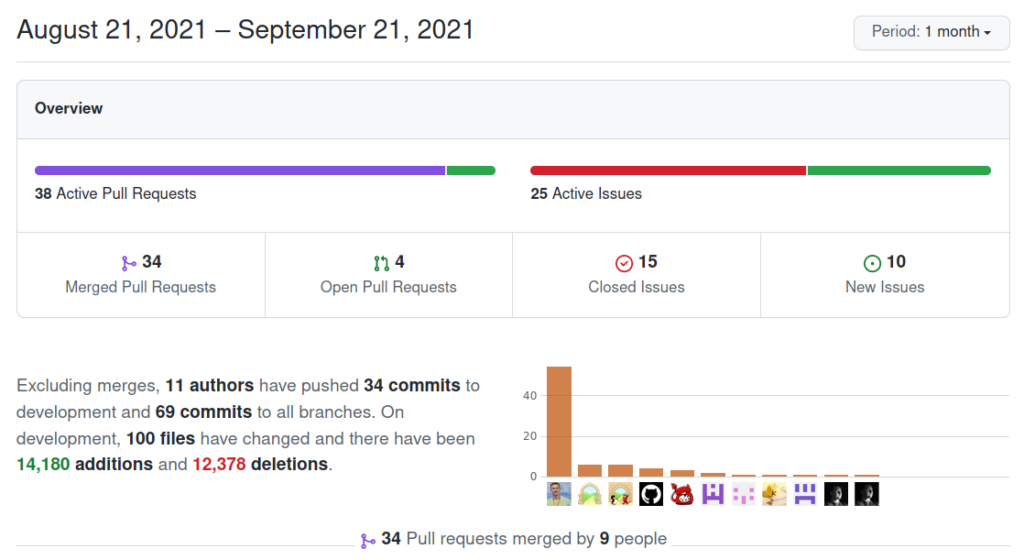 Just a fraction of the work that went into the release :)