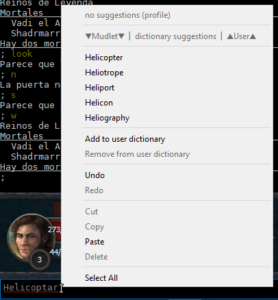 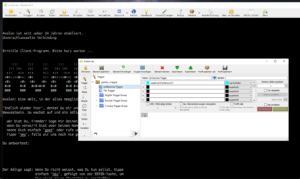 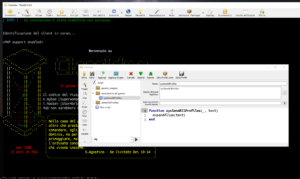 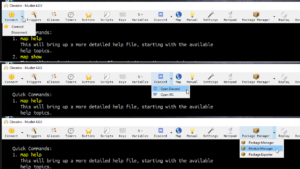 We’ve added the Disconnect and Package Exporter buttons in the menubar, and made Discord be the primary „help with Mudlet“ button. This brings it to feature parity with the toolbar, so you can pick which one you’d like to have.

Note that very few games support emoji’s out there – but you can always use echo(„Cool 😄\n“) in your scripts!

Big thanks to Marco „M0lid3us“ Tironi (wiploo) from clessidra.it for putting in a ton of effort into the Italian translation – it is now complete and has a 🌟!