Mudlet has regularly brought forward new standards towards the decades long standing art of text games, and will continue to do so with this release as well. We also have a few improvements and information for special groups of users.

Thanks to demonnic, games can now send short information bits to their players at any time, next to the regular text flow. While this has been possible with the GMCP standard for quite some time, those messages would mostly stay under the surface, and need to be handled by coders and UI packages alike.

This new MIB standard however will be displayed directly to players in their known Mudlet window and style. This can be used as an easy starter GUI for new games, but also allows additional types of content to be shown to users.

As more and more new players are trying text games, we have received reports from concerned parents about some rather dark games out there. Therefore, to protect our young players, all new versions of Mudlet will come with an explicit profanity filter enabled from the start.

The filter will remove or replace a list of vulgar words and phrases from these games. We won’t go into details here. You know what we mean. Disabling the filter will not be a simple check box in preferences either, as children may still find these too easily. Instead, you will receive the secret code in our Mudlet Discord after a simple age check by using the command !code I am over 18 years old.

This month, the Chinese translation of Mudlet has received their golden star ⭐ as it approached 100% completion. Meanwhile, there is still some work to do on the Chinese variant used in Taiwan, Hong Kong, etc. As all this political detail may be too confusing to foreigners, these languages are simply called „Chinese (Traditional)“ and „Chinese (Simplified)“ in the Mudlet language selector.

Mudlet continues to gain more and more international users due to the ongoing translation work. We will now also simplify away the histories of European colonization of the Americas by renaming British and (US) American English as well as Brasilian Portuguese languages in a same manner as just „Traditional“ and „Simplified“ respectively. 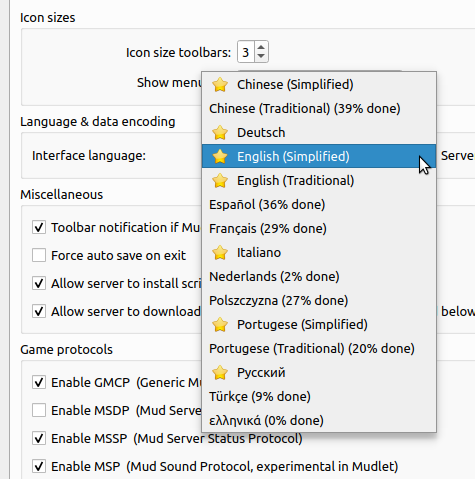 Due to a recently discovered issue with our autosaving code we recommend that anyone playing during a Summer Time change such that the wall-clock time goes backwards relative to UTC does not end a session for the amount of time of the switch – otherwise they risk a save made with the new time being ignored in favour of an older one with an apparently newer time. Thanks to SlySven for noticing this and working on resolving the issue as soon as possible.

Does your Mudlet say Mudlet 4-5.1.de on top? Go to mudlet.org/download to update it by installing a new version. Don’t worry – your profiles will stay. 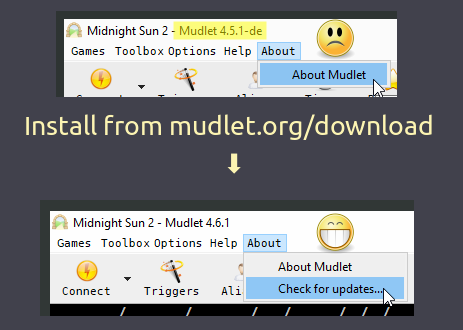 You can find more information on this in our detailed blog post.

Update 2020-04-02: Please note the date of the release notes above and remember, not all contents may be 100% true and accurate, after all. Thanks for your kind attention. 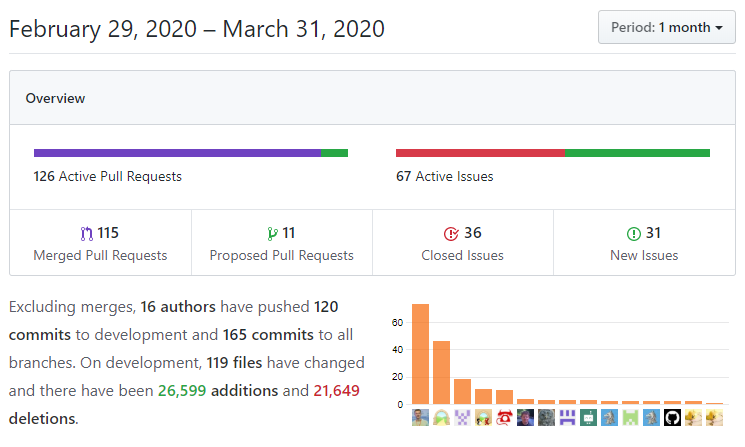