After a (once again) forced updates hiatus of a couple of months, monthly Mudlet updates are back! Enjoy improvements to drag & drop and a much better mapper.

Mudlet is a platform with which you can play multiplayer, pure-text online games – called MUDs, precursors to today’s online games. There are thousands of unique worlds online – download Mudlet for free on Windows/macOS/Linux, join one and enjoy!

Do you have a soft spot for an old SNES RPG? Are you a fan of retro gaming? The Cleft of Dimensions is an adventure-driven MUD with content inspired by a variety of classic video games. Do you want to jump on goombas? Maybe you’d rather immolate them with lava or bombard them with meteors. Then again, why fight when enslavement’s an option? If that doesn’t work out, you’ve got this motorcycle you could crash into them. The Cleft has 16 character classes, each with a distinctive playstyle.   Gameplay in the Cleft features exploration, puzzles, quests, and combat. At time of writing, the world contains 98 areas. Quests range from deciphering treasure maps and committing industrial espionage to seeking the blessings of the mana spirits or just going fishing. A remort system facilitates repeat playthroughs to find content you missed the first time around.   The Cleft opened in July 2000 and has been in active development ever since. We’re always innovating. Recent features include Discord integration and areas written with artificial intelligence. Check us out!

Core Mud is an interactive text MUD set on the planet formal star-charts refer to as Hermes 571-G, but that everyone in the know refers to simply as „Core“. Core is one of the most distant settlements known to mankind, most famous for its lucrative yet oppressive mines. But more than mankind can be found here; Core is a diverse group of 9 races in total, all vying for recognition or profits, or both, working for The Company, the megalithic entity running the colony itself. To The Company, everything is secondary to profits. It is up to you to determine how best to survive in this environment, whether that be through combat training, superior mining skills, or technical prowess.   Core MUD is always free to play and features a fun and supportive atmosphere. Roleplaying is encouraged but not mandatory. Mining is your primary source of income, but there are multiple ways to scrape together a few credits… or a few million. Core Mud also features an economy which is player-driven; players own merchandise shops featuring energy weaponry or useful tools, pubs featuring assorted alcoholic (of course) and non-alcoholic beverages, and clinics for healing, to name a few. Come join us today!

Want to add your game in here? It’s free.

Drag and drop link to install a package

Yes you read that right – just drag and drop a link onto Mudlet and it’ll download and install the package for you:

Alternatively, you can also drag and drop the package file itself and it’ll install as well.

Please welcome Piotr, aka Delwing / WilK to the team! Delwing has previously made the excellent web-based Mudlet map viewer, VS Code autocompletion for Mudlet, and with scripts for the Polish game Arkadia. This time around in Mudlet, Delwing added room borders: 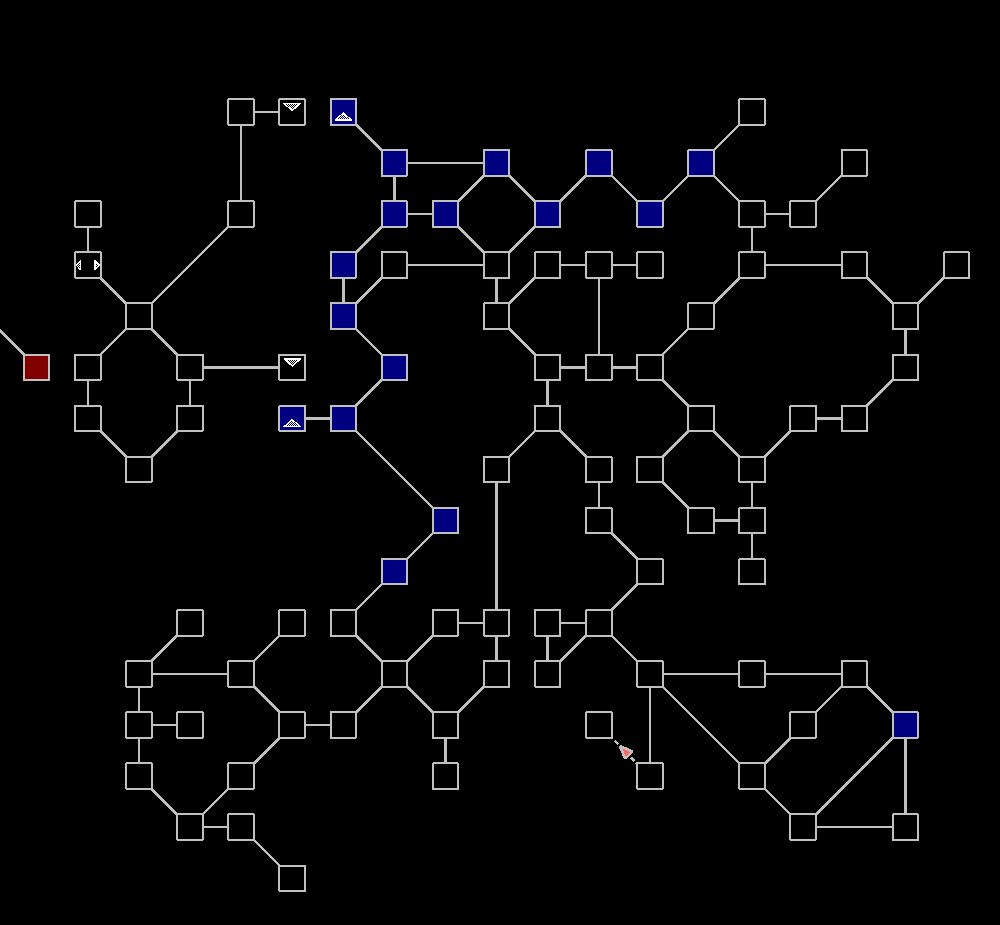 Along with a complete customizable map info panel:

And some very sleek-looking room selection:

You can also now customise the colour of the room character. Thanks to Delwing for adding these in, and looking forward to more! SlySven has put a huge amount of work into the mapper as well – and it can now save/load in JSON as well. This is something that crowdmaps will find handy to integrate so changes to the map can be clearly seen as text.

Thanks to ktunkiewicz’s work, the mapper now has a view-only mode – instead of editing – and of course it starts off in view-only off the bat: 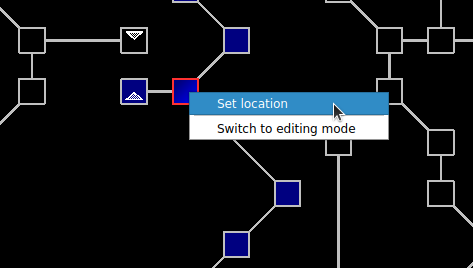 Map makers no longer have to worry about players messing the map up with an accidental click.

We’ve listened and new profiles created on 4.11 will now save automatically by default! Something so simple can go a long way to a better player experience.

matches[2] and friends is a good workhorse in Mudlet, and now they’ve been joined by new friends – you can now use matches.mycustomname!

Notice how the attacker and weapon are changing places, being either first or second – but that doesn’t affect our echo at all. Try this out for yourself, and find the docs for it here.

It sounds pretty complicated, but it actually makes things easier – a new function, f(), allows you to combine text and variables together in a more intuitive manner:

Kebap has put a lot of work in and improved all of the „wrong argument type“ errors to be much more descriptive, and they’ll now tell you what went wrong and where:

The function needs a name/id, but none was given

I have to say that on the technical side of things, this makes the code look much cleaner – if you’re curious, have a peek. Additionally, whenever a function couldn’t do its job for some reason, it previously returned nil+message – the message will now show up in the Debug console as well, which can aid you in debugging:

Thanks to Delwing and Sirith, Mudlet is now available in Polish! There is a community of Polish games out there; now when a new player starts Mudlet for the first time, it’ll be in their native language. 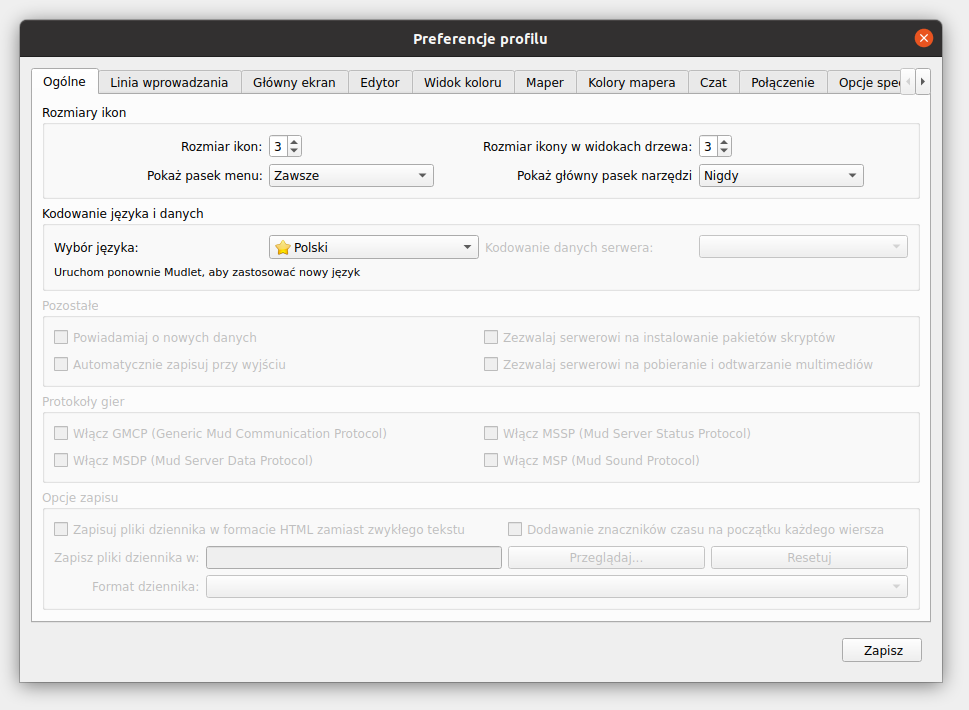 Text games are a great way to learn a language, so if you were thinking of picking up Polish – now’s your chance!

Touchpad scrolling for macOS now behaves a lot more naturally, we hope you like it!

Regular monthly updates were interrupted by one of our partners, Travis CI, suddenly turning their back on the open-source community. We’ve taken the time to migrate our macOS and Linux builds to Github instead, and in the process switched to using CMake for building in combination with a C++ package manager, vcpkg. Regular, monthly updates are now back on track for the foreseeable future.

What has happened in Mudlet in just the last month alone? See below. This of course doesn’t cover everything since the last release in November! 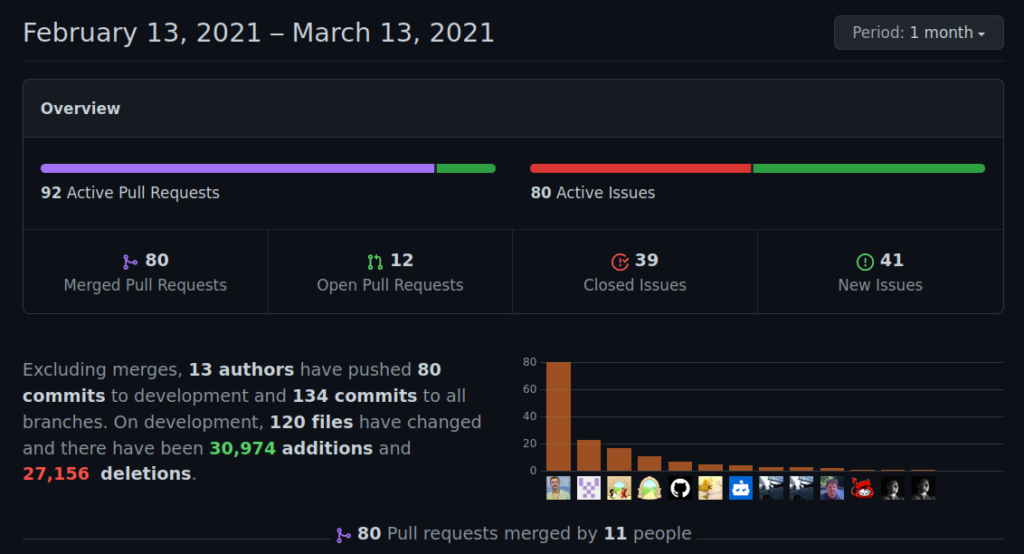