We’ve mentioned in the last 3.22.0 update that we’ll be changing the command separator to a more intuitive (for the new player) one: two semicolons, like so: ;;

Unfortunately due to the hotfix that we released a few days after and an oversight in the release process, we changed it in 3.22.1 instead. We apologise: this was not meant to happen so quickly. 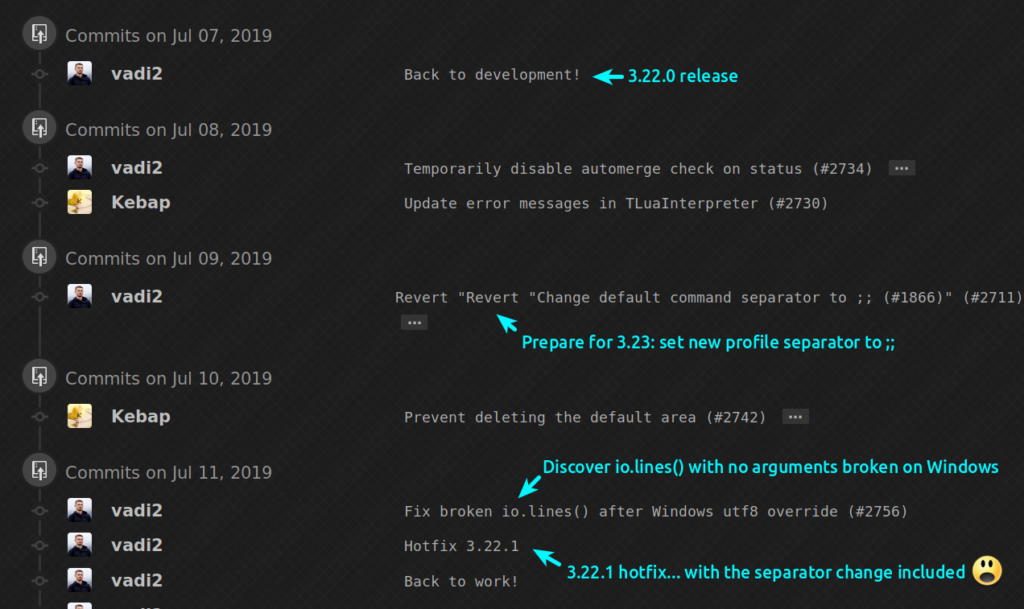 Timeline of events after 3.22.0 release

That said, this issue was only discovered when reviewing the changelog in preparation for the next update: no Mudlet players have noticed this change or mentioned to us, which is good to hear.

We will keep the change in place now – it was planned to happen in one week with the next update anyway.