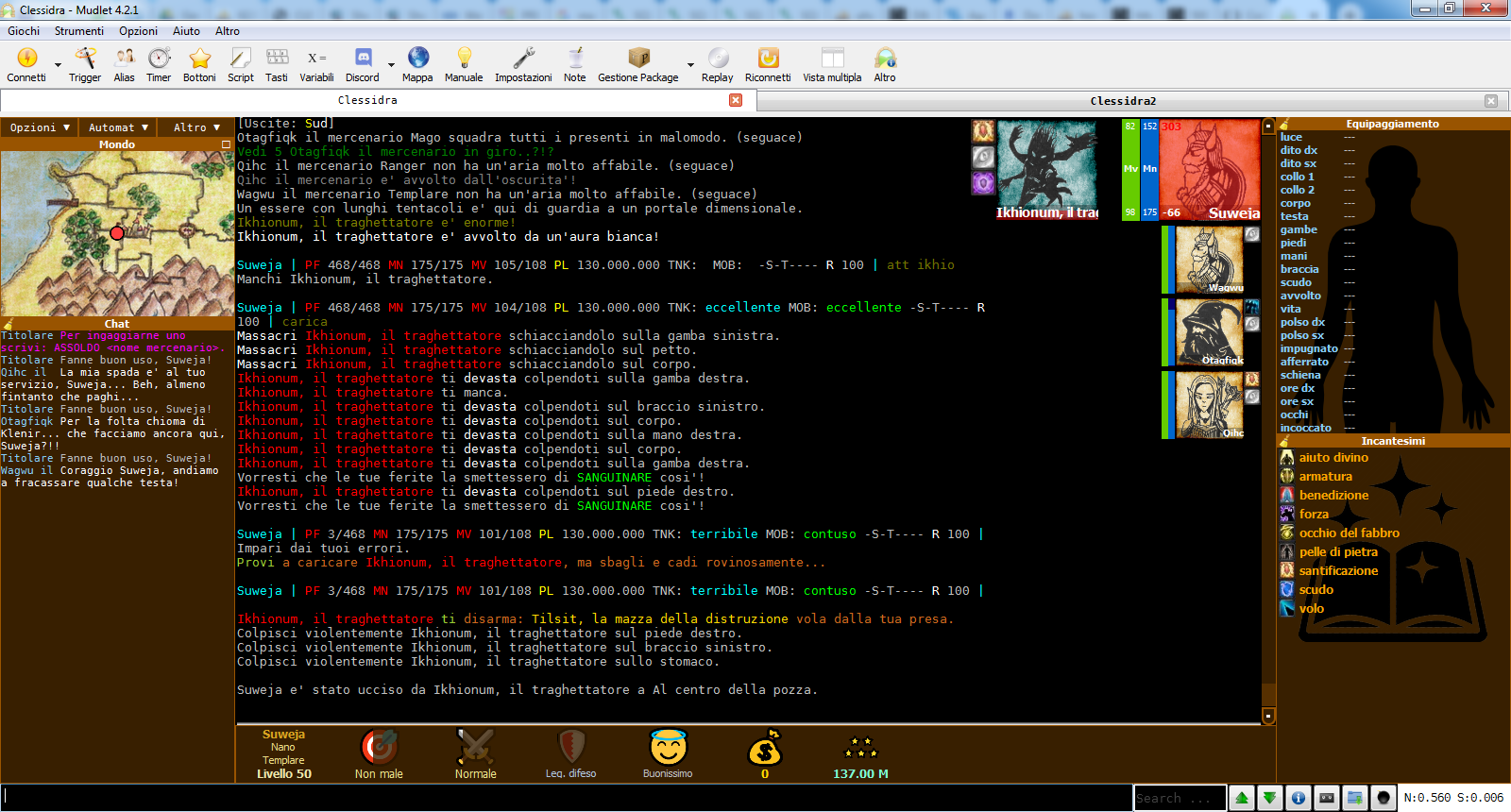 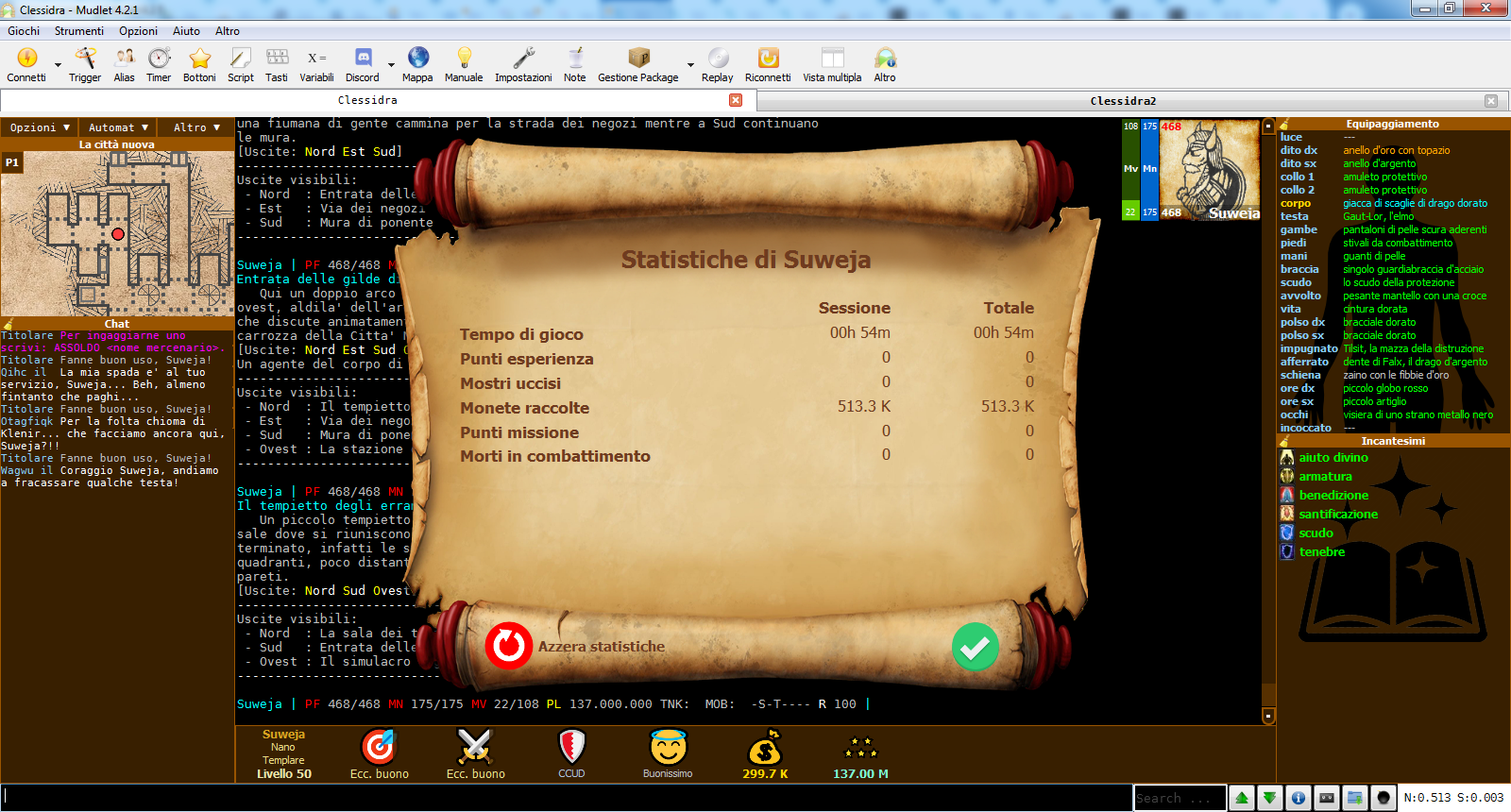 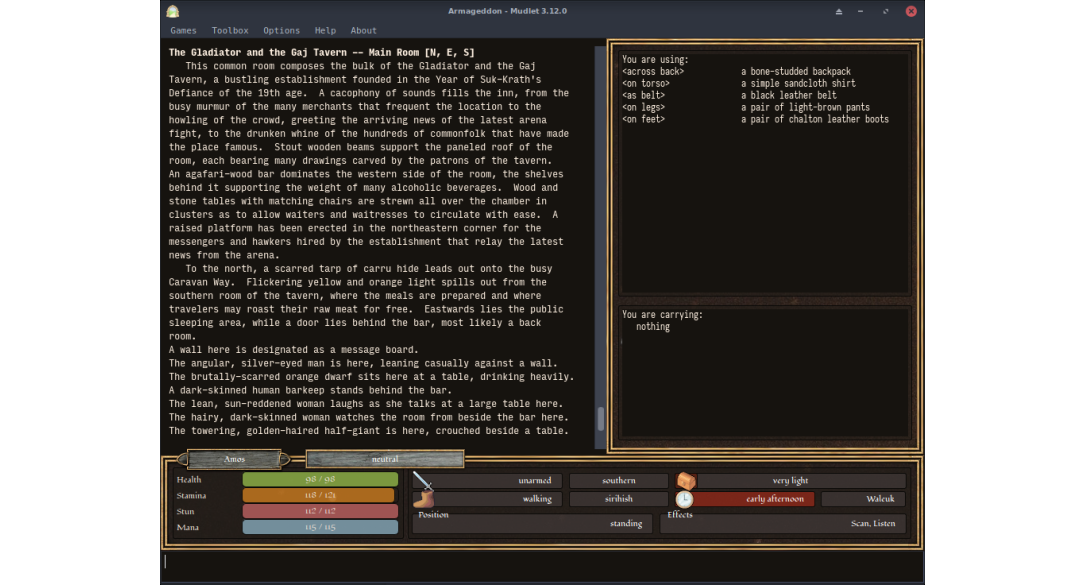 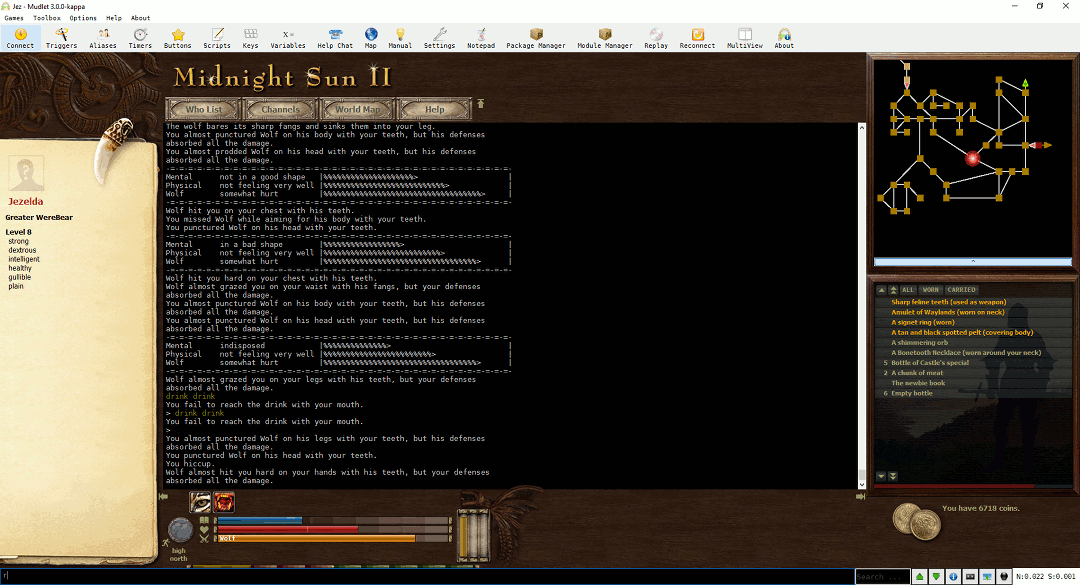 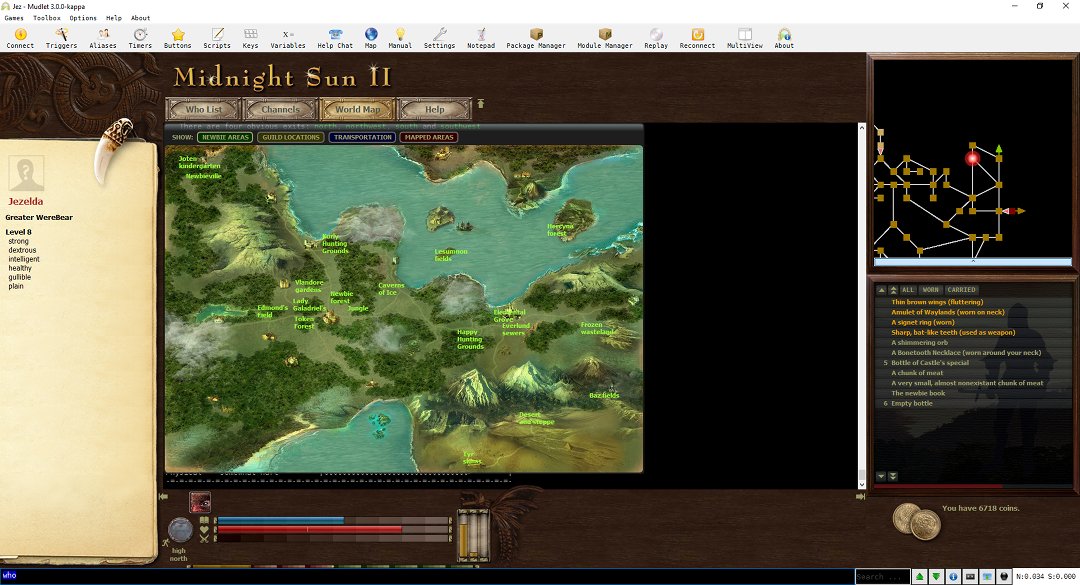 Mudlet runs on Windows, macOS, and Linux OS’s. Scripts made on one computer will seamlessly work on another, and you can share your profiles via Dropbox.


Performance defined Mudlet from its birth. The custom text display and the Lua-powered scripting system will handle the biggest raids without issues.


Mudlets entire user interface is designed to be modded – from the space within the window to the look and feel of the client itself. Make yourself a beautiful portal to your text world.


Mudlet is completely free to download, modify, and extend. Build on top of a powerful foundation and join us in making MUDding awesome.

A MUD (/ˈmʌd/; originally Multi-User Dungeon, with later variants Multi-User Dimension and Multi-User Domain),[1][2] is a multiplayer real-time virtual world, usually text-based. MUDs combine elements of role-playing games, hack and slash, player versus player, interactive fiction, and online chat. Players can read or view descriptions of rooms, objects, other players, non-player characters, and actions performed in the virtual world. Players typically interact with each other and the world by typing commands that resemble a natural language. – Wikipedia

It’s the type of game you’ll fall in love with for its ability to tell a story, have epic combat raids, devious politics, or just have a grand time with your new friends.

Mudlet emerges from the vacation hibernation to deliver the next update! Including a few new commands for our scripters, a new language for international players, and a new game for you to explore. FieryMUD in Mudlet defaults Welcome to the world of Ethilien ... and...

Added a new option for customising the mapper's "you are here" location marker, added notepad autosave, re-added stopwatches overhaul and fixed a possible crash when copying text in this update! MSP (Mud Sound Protocol) Thanks to Tamarindo from StickMUD, Mudlet now...

A powerful, 2D and 3D mapper with built-in pathfinding. 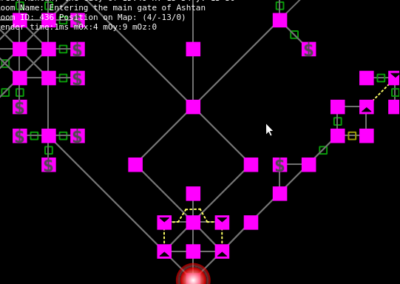 City map with shops ($), doors, and and up/down exits. 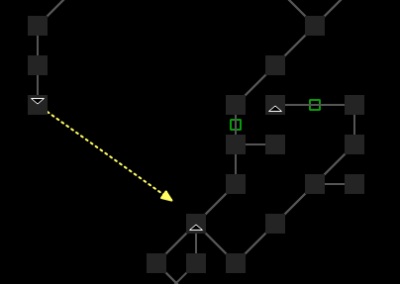 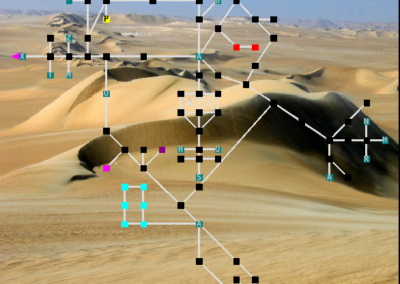 Background image for an area 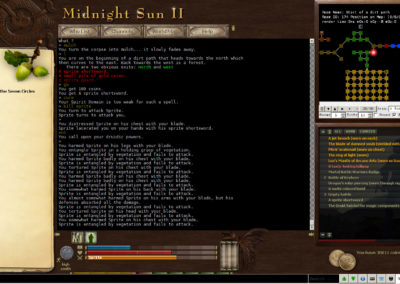 Map with a custom UI 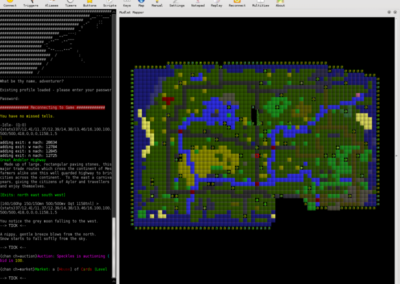 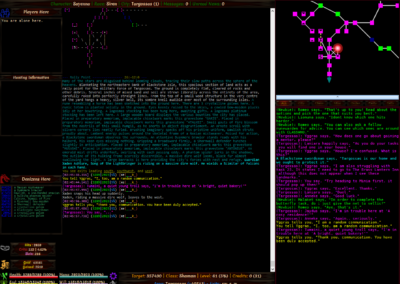 City map with up/down exits and a shop

Install Mudlet now and become part of an immersive world waiting for you.
Download Mudlet. It's free!
We use cookies to enable analytics and store data for quick commenting. Is this OK with you? Privacy PolicyUse CookiesNo Cookies
You can revoke your consent any time using the Revoke consent button.Revoke Cookies